Raised by wolves just outside Los Angeles, Bruce Hale began his writing career while living in Tokyo, and continued it after moving to Hawaii. He’s too modest to mention his Nobel Peace Prize and his Olympic Gold Medal (in long-distance procrastination), so we won’t mention them. Before entering the world of children’s books, Bruce worked as a magazine editor, toymaker, gardener, actor, corporate lackey, and DJ.

From picture books to novels and graphic novels, Bruce has written and/or illustrated over 70 books for kids. His popular series include the award-winning Chet Gecko Mysteries, The Monstertown Mysteries, and Clark the Shark, among others.

When not writing or illustrating, Bruce loves to perform. He has appeared on stage, on television, and in an independent film called The Ride, where he played a surfer’s agent. Bruce is a popular speaker and storyteller for audiences of all ages, from the lunchroom to the boardroom. In 1998, he won a Fulbright Grant to teach storytelling and study folklore in Thailand. (No, he doesn’t speak much Thai, but he loves the food.) 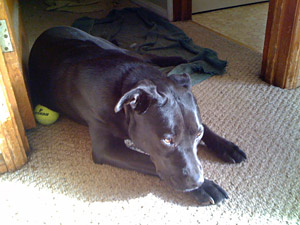 A former member of the National Speakers Association, Bruce has presented at colleges, universities, and conferences, both nationally and internationally. On top of that, he has visited schools and libraries from New York to New Delhi. (And yes, he loves to travel.)

These days, Bruce lives in Santa Barbara with his wife and his massive collection of hats. When he’s not at the computer or drawing board, you can find him hiking, kickboxing, watching movies, or singing with a latin jazz band called Mezcal Martini.

And for all those who have asked…

Need help writing an author report? Want to learn more about Bruce? He has answers!

Everyone was THRILLED with the assembly!  They thought it was a perfect fit for our K-2 crowd, and were amazed at how it was put together so well on Zoom!  A “10” for sure.

I highly encourage anyone who is considering inviting Bruce Hale as a visiting author to do so! He was able to engage our preschool students up to our high school students, and our parents — sometimes with only ten minutes to adapt his presentation. Hosting an author can be stressful, but he is so easy to work with. I cannot recommend Bruce Hale highly enough!

We were very fortunate to secure Bruce Hale for daytime presentations as well as a Family Reading Night Event.  The parents raved about his ability to engage the students with stories, artistic talents, and even an impromptu dance party.  He is genuinely kind, considerate, and great at communicating in the planning stages of the visit.

Bruce Hale’s presentation is fantastic!  He is very funny, and the students were totally engaged and thoroughly enjoyed his talk.  Bruce is also great about sending packets with different activities and information about his books, which is so helpful in preparing the students and teachers for his visit.

My students loved learning about how you write and why, not to mention all the personal touches you gave us! Thank you again and know you have made my students even more successful at reading!

The kids had a wonderful time and truly enjoyed hearing about the writing process. Many families have shared that their child is STILL talking about your visit.

CPS was lucky to have author Bruce Hale visit today. A fantastic presenter, passionate about writing, and the kids loved him!

Thank you again for an awesome day.  You truly were a gentleman, professional and gave four outstanding programs for our children.  You are one of many authors whom we’ve been blessed to have visit over the past 19 years, but certainly one of the BEST we’ve ever had!