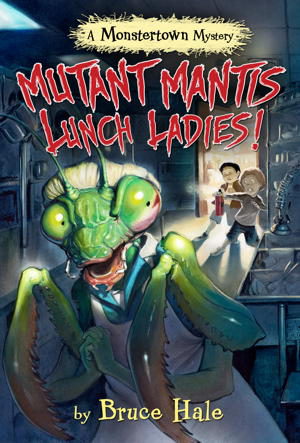 How well do you know the cafeteria workers at your school? Sure, they seem like nice people as they dish out your lunch. But what if they’re not? What if they’re secretly something much, much weirder?

Ever since best friends Carlos and Benny saved their teacher from becoming a were-hyenas, they’ve been experts on the creepy stuff. So when their classmate AJ claims that the lunch ladies are turning into giant bugs, they take him seriously.

The boys know that their school — heck, their whole town — is anything but normal, and somebody has to protect people from Monterrosa’s weirdness. But will they be able to do it without becoming an item on the menu?

Along with trotting in a cast of exemplary diversity, Hale spins the scenario in such wild and hilarious directions that even the climactic release of whole garbage bags full of roaches in the crowded lunchroom isn't the grossest thing that happens. 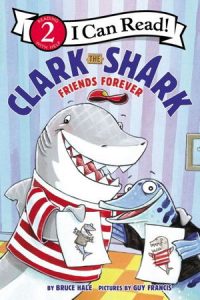 The visit was amazing and a total success from the students’ as well as teachers’ point of view.…

Our school enjoyed a great day with Bruce Hale. The students were captured by his storytelling, and …

Our students have been much more excited about reading since his presentation, and our librar…

You were such a pleasure to work with — accommodating, organized, and always available…

Most importantly, Bruce inspired our students. In almost every classroom, children are talking about…

You clearly made such a positive impression on so many people, and we feel very fortunate to have ha…