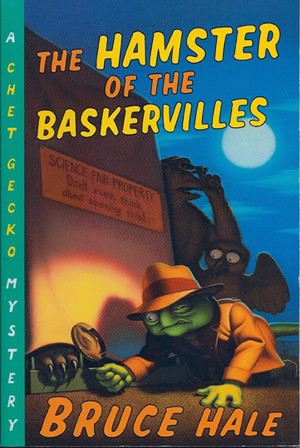 Elementary school is a wild place. But this was ridiculous.

Someone – or something – was tearing up Emerson Hicky. Classrooms were trashed. Walls were gnawed. Mysterious tunnels riddled the playground like worm chunks in a pan of earthworm lasagna.

But nobody could spot the culprit – let alone catch him.

I don’t believe in the supernatural. My idea of voodoo is my mom’s cockroach ripple ice cream.

Then a teacher reported seeing a monster on full moon night, and I got the call.

At the end of a twisted trail of clues, I had to answer the burning question: Was it a vicious, supernatural were-hamster on the loose, or just another Science Fair project gone wrong?

The zany text reads like a mixture of stand-up comedy...and a fourth grader on an overdose of sugar.” 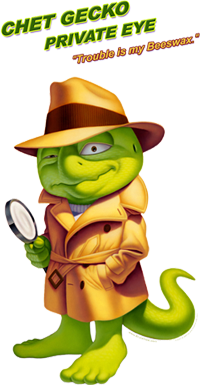 Mr. Hale was engaging and gracious.  I recommend him highly if you are looking for an author to bri… END_OF_DOCUMENT_TOKEN_TO_BE_REPLACED

You have inspired many young authors, ignited a love of reading and reminded parents how important i… END_OF_DOCUMENT_TOKEN_TO_BE_REPLACED

Bruce gave our students a day they will never forget!  He inspired all of us to find the joy of wri… END_OF_DOCUMENT_TOKEN_TO_BE_REPLACED

The kids simply adored you! You were engaging, funny, informative, and inspiring! It has been an abs… END_OF_DOCUMENT_TOKEN_TO_BE_REPLACED

You clearly made such a positive impression on so many people, and we feel very fortunate to have ha… END_OF_DOCUMENT_TOKEN_TO_BE_REPLACED

The teachers loved your stories! We appreciated having you as our keynote speaker.

Judith SaranchockExecutive DirectorRead To Me InternationalHonolulu, HI
See all testimonials!