Since I read so many books I can barely keep track of them all, I’ve decided to offer sporadic book reviews on this site.  Some of the books I get from NetGalley, some from my publisher friends, and some from my local bookstore. Some are adult, some are for young readers; some are fiction, some are nonfiction. But all of them are titles I’ve enjoyed that I think you’ll appreciate too. Here are the first two tales…

Jane Kamali is an agent for the Justified sect, tasked with recruiting teens with miraculous gifts in the hope that they’ll prevent the return of the Pulse, which sent much of the galaxy back into the dark ages when it struck decades ago. In the course of rescuing Esa, a teen with telekinetic powers, from the marauding Pax, Jane 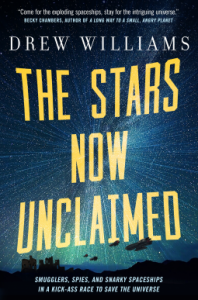 stumbles onto vital information. The Pax has located the Justifieds’ base, and is coming with massive force to destroy it.

This rollicking space adventure has much to recommend it: pulse-pounding action scenes, a casually multicultural (and multi-species) cast, and a slightly sardonic narrative voice. The dialog is a tad uneven — characters use invented terms (like “rads” for radiation) as well as modern phraseology (“I know, right?” says Jane at one point) — but it doesn’t detract much from the enjoyment.  Throw in a sentient spaceship that hates its programmed voice, a lovable rebel that Jane shares a romantic past with, and characters both scaly and furry, and you’ve got the kickoff to an adventure-filled space saga along the lines of TV’s .

After reading the teaser chapters for SEAFIRE, I can’t wait to read the entire book. With its blend of female empowerment, vivid characters, and swashbuckling action, it’s a natural for teen readers (and adults) who crave these things in their reading. Plus, it’s so cinematic already, SEAFIRE would make an excellent movie.

The set-up: 18-year-old Caledonia captains the Mors Navis, a high-tech ship that sails post-apocalyptic seas trying to undermine the reign of vicious warlord Aric Athair and his fleet of Bullets. Her all-female crew of fiercely loyal pirates will stop at nothing to topple the patriarchy, and from the first few chapters I read, it looks like they have their work cut out for them.