How do you know when you’ve hit on the right first line for your story?

Thanks,
Martha B., Seattle

For me, it’s a feeling.  When the first line clicks, you feel it.  It leads you into the rest of the book, it establishes the voice and character attitude right away, and most of all, it hooks the reader. Sometimes I can’t even start writing my story until I find an opening line that’s at least good enough to get my flow going.

It usually takes me many, many tries before I find a first line that really works for me.  Some writers say they can’t write the first page until they’ve written the whole book, because the first page is a contract with the reader, and they don’t know what they’re promising until they write the whole story.

If the first page is a promise, that’s even truer for the first line. 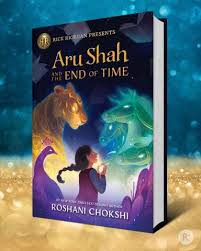 So how do you put yourself in a position to come up with that perfect first line? Start by doing an opening line check. Take 10-12 books from your bookshelf at random and read the first sentence of each. Does it hook you? If not, go on to the next one. If so, how? And why?

Here are three, pulled at random from my bookcase:

“We went to the moon to have fun, but the moon turned out to completely suck.”
— FEED, by MT Anderson

“The problem with growing up around highly dangerous things is that after a while you just get used to them.” — ARU SHAH AND THE END OF TIME, by Roshani Chokshi

Notice how each opening pulls you in, makes you want to read what comes next? Mosley’s approach is subtle, implying the aftermath of violence. Chokshi’s is intriguing, making you wonder where, exactly, that narrator is growing up.

Sometimes humor will be your hook. Other times, it’s suspense, or conflict, or a provocative question. There’s not just one right method.

Once you’ve analyzed a few different approaches that work, sit down and brainstorm your own first line. Remember the Rule of Nine (for every ten ideas you come up with, nine will suck), and just keep on generating ideas until you come up with the one that clicks.

When it’s right, you’ll know it.