At once a heist novel, a historical tale, a fantasy, and a meditation on the abuses of power, Roshani Chokshi’s latest hits the mark in all respects. In this reimagined Belle Epoque Paris, certain individuals have the power to Forge, or affect matter or mind in a way that smacks of magic. Such power creates a world of haves and have-nots, and that’s where Severin’s team of thieves comes in. They use their gifts to “liberate” valued items for various clients, but Severin’s ultimate goal is to restore his House Vanth back to power. 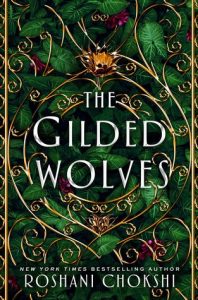 When the head of House Nyx hires the crew to steal the Horus Eye, a mysterious power object, the team has to deal with not only the many challenges of the job, but a shadowy group that wants to claim the item for its own ends, which just might include the end of the world as they know it. Science collides with magic, and there are plots within plots as the tale unfolds.

The main characters are colorful, flawed, and distinctive, and each has his or her own goals — from Laila, the object reader, to Enrique, who seeks Filipino independence, to Severin’s plant wizard brother Tristan, and Zofia, the socially awkward master engineer. The relations between these diverse characters deepen and grow more complex as the story evolves, but they never get in the way of the action.

It’s a heist tale to rival Leigh Bardugo’s SIX OF CROWS, told in lyrical, evocative language and full of twists and reversals. I was sad to see the story end, but cheered by the fact that it’s the first of a series. Highly recommended.