The writing life is rife with opportunities for disappointment. Our human condition can’t avoid it. We construct hopes for ourselves and our work, knowing there are plenty of rocks and boulders ahead in the rushing waters of the marketplace.

This is not just in our professional lives, of course. It’s there in every other aspect of our existence. We are hopeful beings, we strive, and work, and desire. Sometimes those things turn out exactly as we envisioned. Most of the time, not so much.

When my son began playing baseball, he developed into a pretty good pitcher at a young age. At one game, he gave up a home run that lost the game. It crushed him. As the other team was running onto the field cheering, he was standing on the mound trying not to cry.

I went out to the mound and bucked him up as best I could. “Most of life is about losing,” I said. “It’s how we handle the losses that make us or break us.” 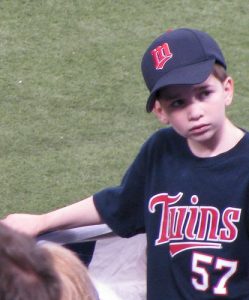 Moments like this, I told him, would allow him one great big DANG IT! He could pound his glove as hard as he could. He could feel it for a moment, he could shout, “Dang it!” But after that he was to begin the task of forgetting it and getting ready for the next batter or the next game.

This is how we should handle disappointment in our writing life. Our book goes out there and doesn’t perform as well as we would like. Or we get a scathing review. Or a rejection from an editor. Or Aunt Hildegard says, “When are you going to grow up and go to dental school?”

Give yourself a great big DANG IT! Pound your glove (but do not kick the dog). Then get back to your keyboard. One of the great truths about writing is that when we are in “the zone,” disappointments melt away. When we come out of the zone, the harshness may try to revisit, but it won’t be as strong. Lather, rinse, repeat.

1. Don’t compare yourself to others

Comedian Tom Shillue has a great five-minute video on the perils of comparison. He says, “Comparing yourself to others creates a totally unrealistic measure for what constitutes success. And I know, because the entertainment business is all about unrealistic expectations.” He continues, “Professional success is about making a living, pursuing excellence, and finding meaning in what you do.”

While it’s good to set goals, make plans, and take action, watch out for letting expectations build up too much in your mind. We have this wisdom not only from ancient philosophy; recent data also suggests that lowering expectations leads to greater happiness.

If you get nominated for an award, for example, don’t keep picturing your acceptance speech. Don’t dust the mantel twice a day. When you get to the banquet, sit at the table and be a good conversationalist. Try to enjoy the rubber chicken. Then, if your name is called, it’s a bonus. If it’s not, you won’t want to crawl under the table with a bottle of wine (or whine, as the case may be).

UCLA basketball coach John Wooden used to tell his players, “All of life is peaks and valleys. Don’t let the peaks get too high and the valleys too low.”

3. Worry only about the page in front of you

Epictetus said, “There is only one way to happiness and that is to cease worrying about things which are beyond the power of our will.” You can’t control the will of agents, editors, critics, readers, awards committees or the IRS. So don’t worry about them.

Instead, focus on your daily work. Get into your scene. Think about ways to make it better. That’s what you can control. The mental aspect of writing is every bit as important as the physical act of typing. Which is why I wrote a whole book on the subject.

When you’re hit with disappointment, or on the other end with a great reward, remember the Latin phrase (which I had the audacity to make up): Carpe Typem! Seize the Keyboard!